Pacific madrone (arbutus, madrona, madroño) is the largest flowering tree of the family Ericaceae. The species produces sweet smelling flowers around May that attract many honeybees.

It is an important species for birds and wildlife in the Pacific Northwest. Madrone berries ripen in autumn and last until December. These fruits are a favorite food for many bird species in the region, including band-tailed pigeons and quails.

Unfortunately, many Pacific madrone populations suffer from pests and diseases, such as foliar leaf blight, which likely affects the growth and survival of this important species. 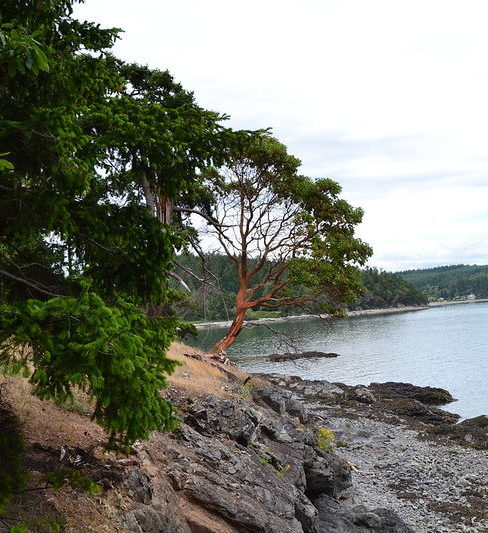 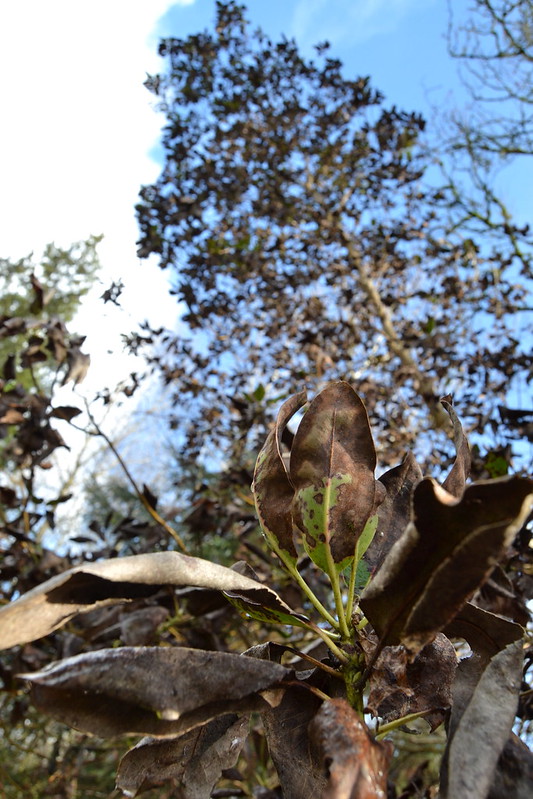 Pacific madrone (arbutus, madrona or madroño) has several names that are used throughout its region.

Arbutus is a Latin term that generally translates as ‘strawberry’, which was chosen because of the bright red fruits it produces. Arbutus is also used widely as the common name for Pacific madrone in British Columbia.

Similarly, early Spanish settlers in California referred to the tree as Madroño, translating as ‘strawberry tree’, because of its relevance to the strawberry madrone (Arbutus unedo) in the Mediterranean. The name has therefore been adopted as ‘Madrona’ or ‘Madrone’.

Pacific madrone is an important tree for the cultural heritage of the Pacific Northwest.

The fruits were sometimes dried, soaked, and prepared for food by indigenous communities (Moerman 1998). Communities along the Klamath River also used madrone berries as bait for steelhead fishing (Arno and Hammerly 2007). Leaves and bark were also used for medicinal properties such as cold remedy and stomach issues (Turner and Hebda 1990). Small utensils were also crafted from the somewhat bulbous roots (Arno and Hammerly 2007), but use of the wood was limited because of it tends to warp and check as it dries.

As referenced by Pojar and MacKinnon (1994), the late Chief Phillip Paul of the Saanich people shared that Pacific madrone was used by survivors of the Great Flood to anchor their canoe to the top of Mount Newton.

Please contact us if you have any suggestions/corrections for this webpage. 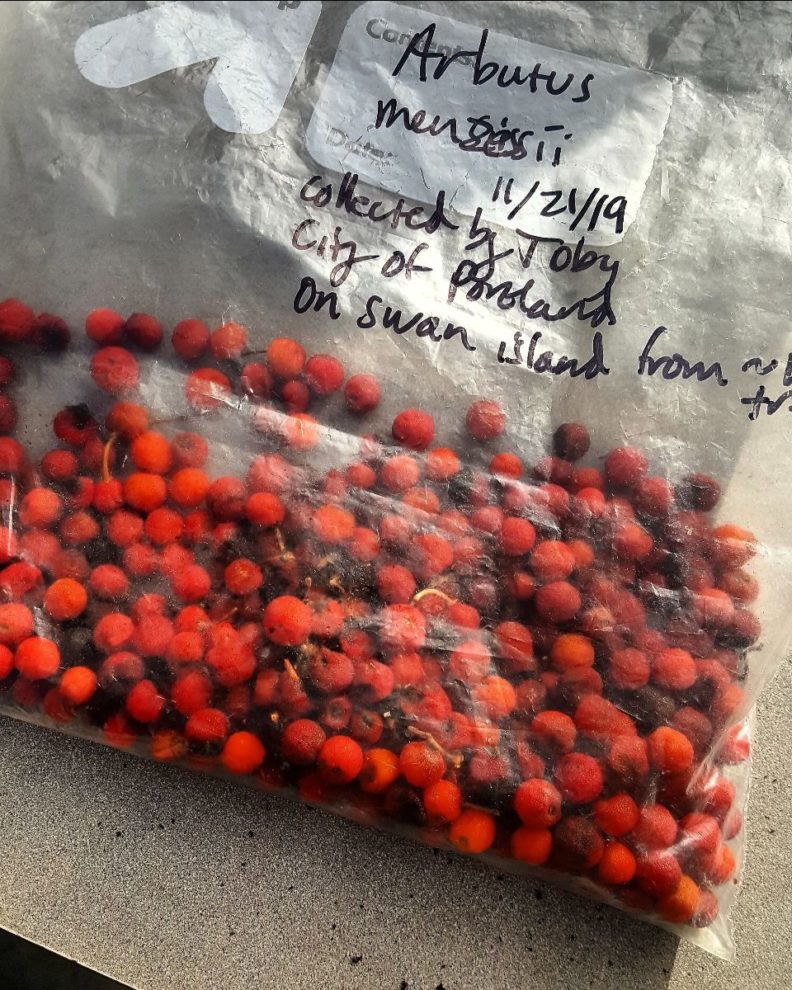 The Pacific madrone can be found from the coast region of southern British Columbia to southern California, but the exact range is still unknown.

In BC, it occurs mostly on the east side of Vancouver Island, but can be found widely throughout the coast region of Washington.

Pacific madrone occurs common along the coast and up rivers in Oregon, including some populations inland in the southern coast ranges and slopes of Siskiyous.

In California, the species can generally occur from anywhere in Northern California between sea level to about 3,000 ft in elevation, including some populations in the Sierras. South of Monterey, populations are confined to the immediate coast.

In general, Pacific madrone occurs in lower elevations within about 100 miles of the west coast.

There is growing evidence that climate change is already affecting species distributions. Although we may not notice changes from year to year ourselves, forecasting out the next 70 years based on changes over the last century demonstrate stark changes.

There are at least two tools available for previewing the forecasted effects of climate change on Pacific Madrone:

More information for each map can be accessed by clicking on the images. 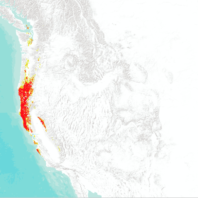 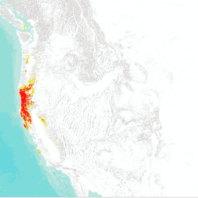 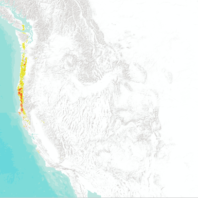 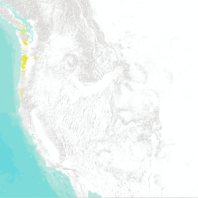 Have you seen a Champion Tree?

The National Register of Big Trees is a database where you can find or nominate some of the largest trees in the US. 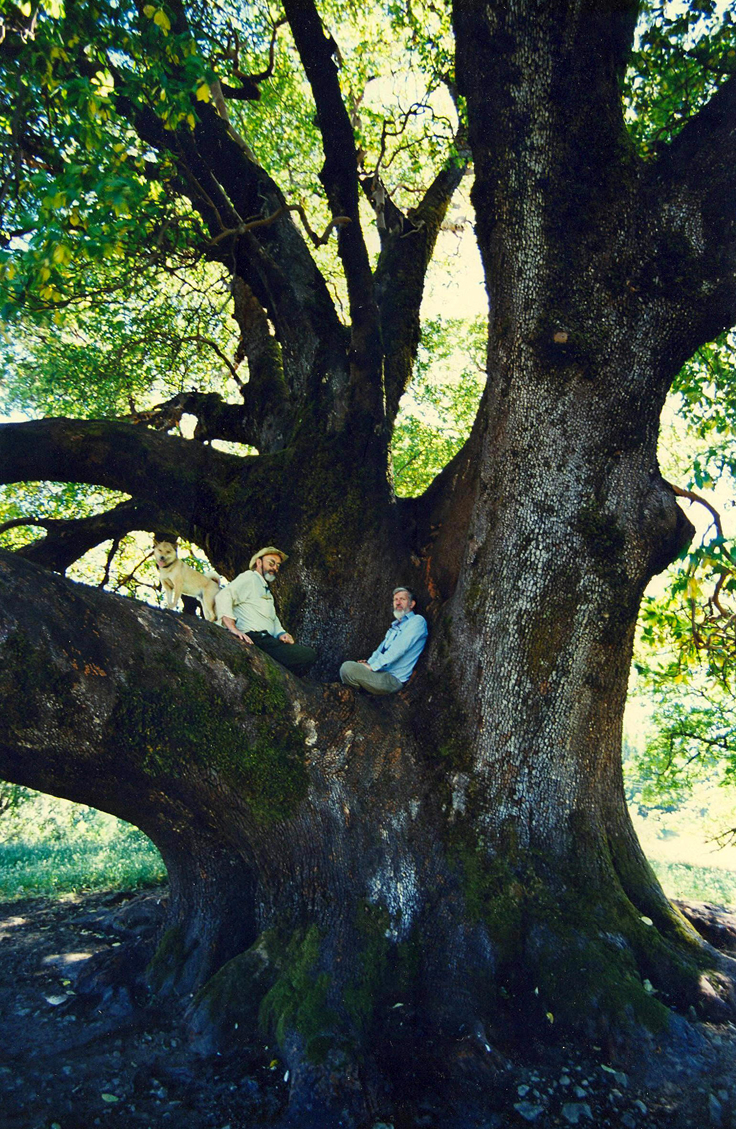 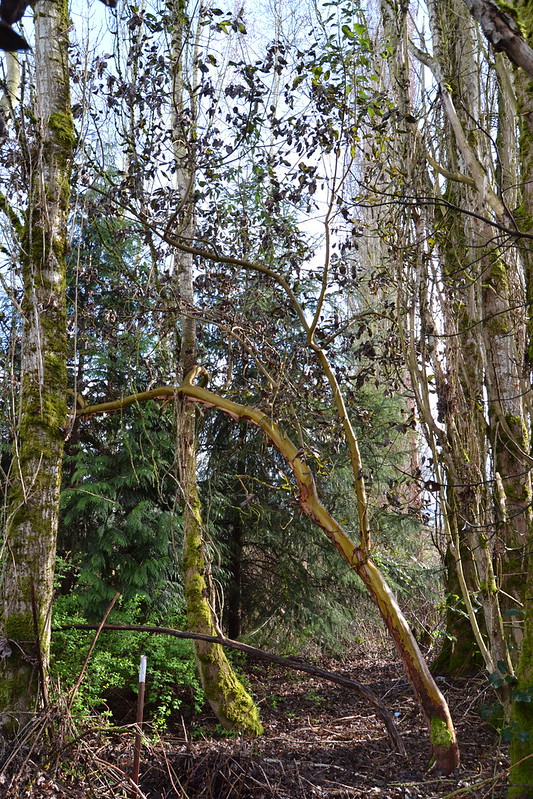 Other Species in the Genus Arbutus

There are about 14 species in the genus Arbutus globally. Arbutus species occur in Western Europe, the Mediterranean, and North America. Some of the more common species are listed below: