Pests and Pathogens of Pacific Madrone

Get Involved in Research

Join the Arbutus ARME if you are interested in contributing to research to better understand and find solutions for sustaining the health of Pacific madrone. 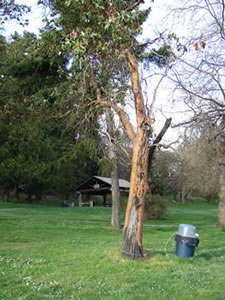 Pacific madrone trees are incredible survivalists, but there are a few notable diseases that take their toll on madrone populations. Below we provide summaries of a few of the more common diseases associated with madrone in the Pacific Northwest.

Pacific madrone leaf blight is characterized by the presence of brown, desiccated leaves that first appear in the lower canopy. Learn more about the foliar blight here.

Multiple fungal species are known to cause cankers on stems and branches of Pacific madrone. Neofusicoccum arbuti is perhaps the most notable, causing large sunken cankers on the bole of the tree. More information about recognizing stem and branch cankers is available in this Presentation (PDF). 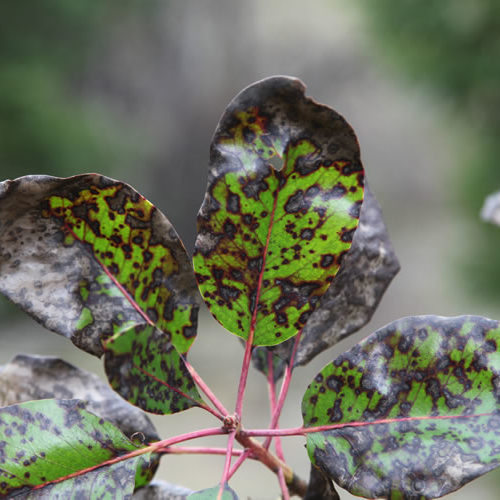 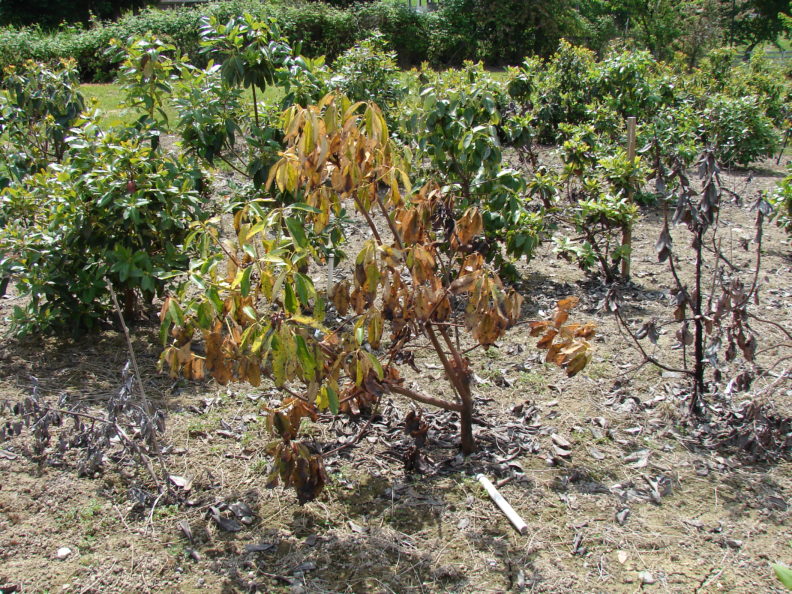 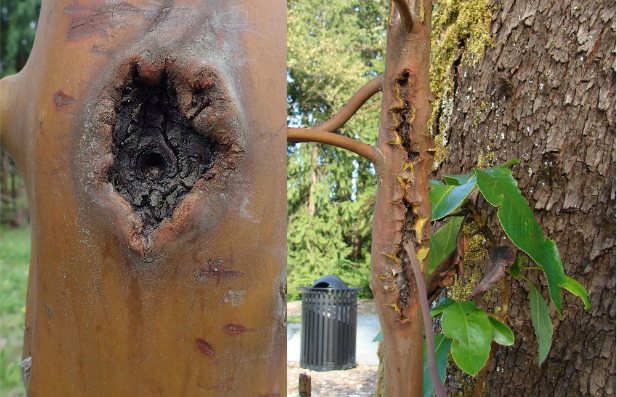 Insect pests are not typically regarded as major threats to Pacific madrone. However, please contact us if you observe any substantial insect damage.

Bark beetles are also occasionally observed in Pacific madrone trees, but they are often associated with injuries or other predisposing factors.

Please contact us if you observe any sign of substantial insect damage. More information about the insect pests associated with Pacific madrone is summarized in the OSU Extension Publication available below. 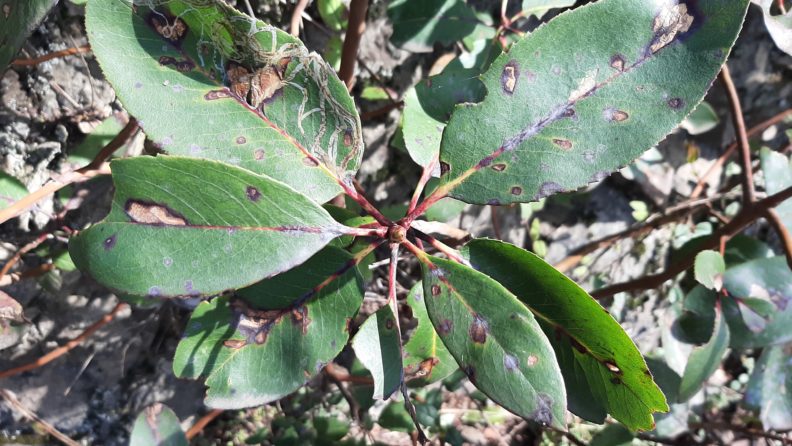 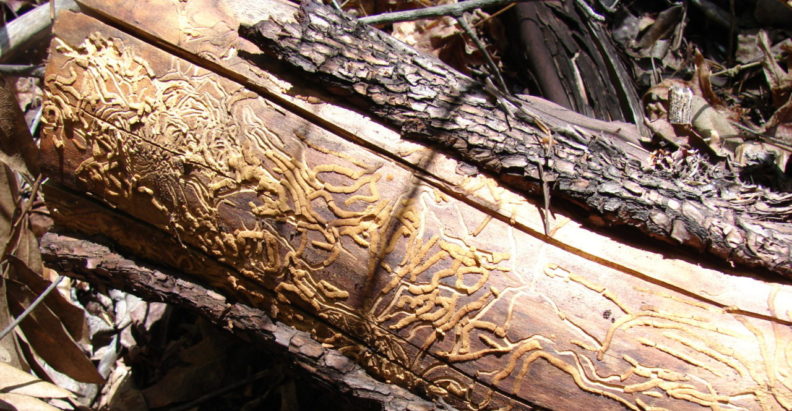 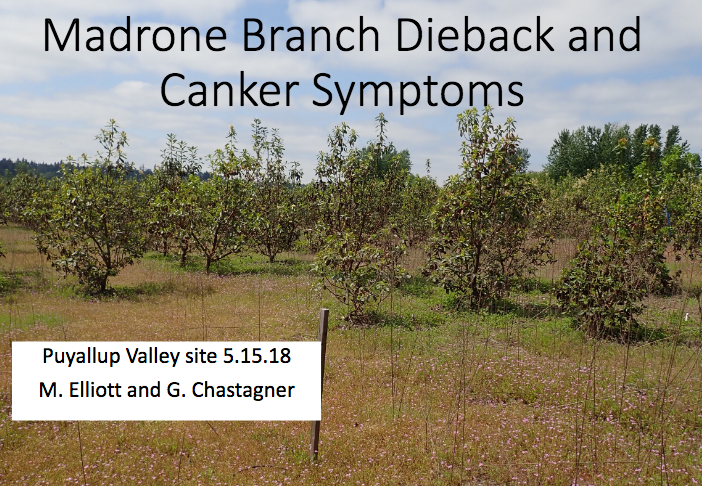 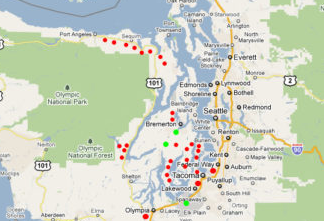 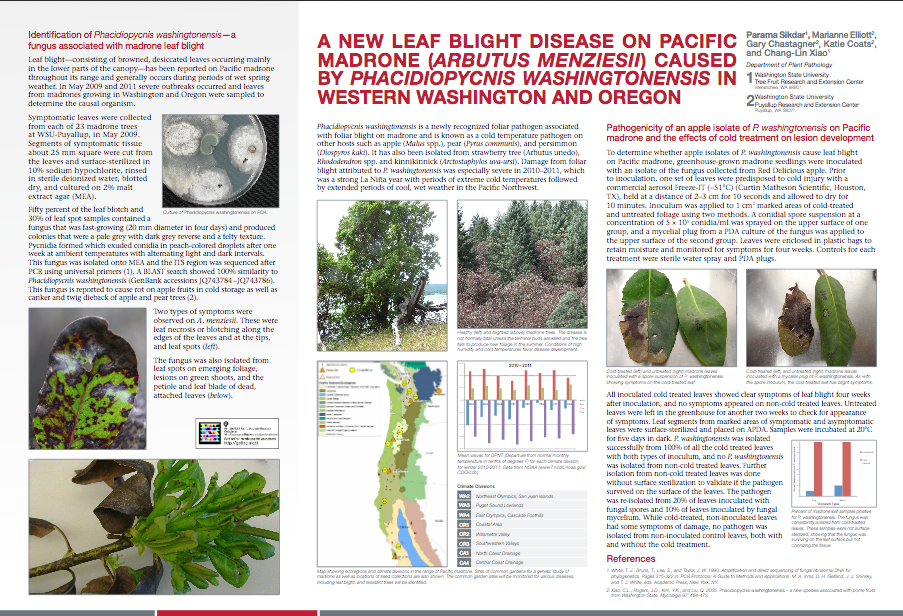 Madrone Health Concerns in the News