Sudden Oak Death is a disease caused by Phytophthora ramorum, an exotic microscopic organism that was accidentally introduced into the western US. The disease has killed thousands of trees in California and Oregon, and threatens natural environments in Washington.

Phytophthora ramorum also has a broad host range and presents a unique challenge to many industries in Washington. The effects on ornamental plant species are of particular concern. Therefore,  we have prepared several resources to help you identify and report possible occurrences, included below.

Please contact us if you additional questions or concerns.

There are many diseases and pests that produce symptoms similar to those of Sudden Oak Death. This guide will help you to rule out SOD by identifying some of the more commonly encountered pest problems. In addition, it will help determine whether the plant is potentially infected with P. ramorum and the need for a sample to be collected.

Some tree diseases that produce symptoms similar to P. ramorum are the following: 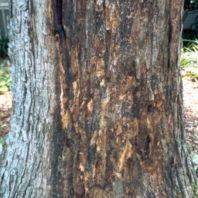 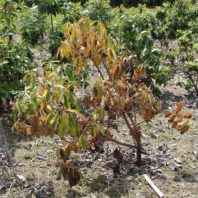 Phytophthora ramorum produces leaf blotches, twig cankers, and shoot die-back on many plants. In some cases the shoot dieback may be severe enough to kill the plants (e.g., huckleberry and madrone), but in general they do not usually die as a result of P. ramorum infection. These are the most common hosts in Washington State. 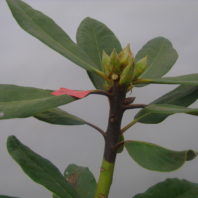 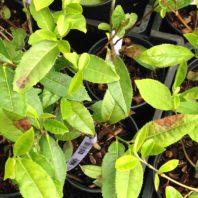 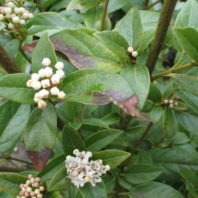